Where to warm up for winter in Prague 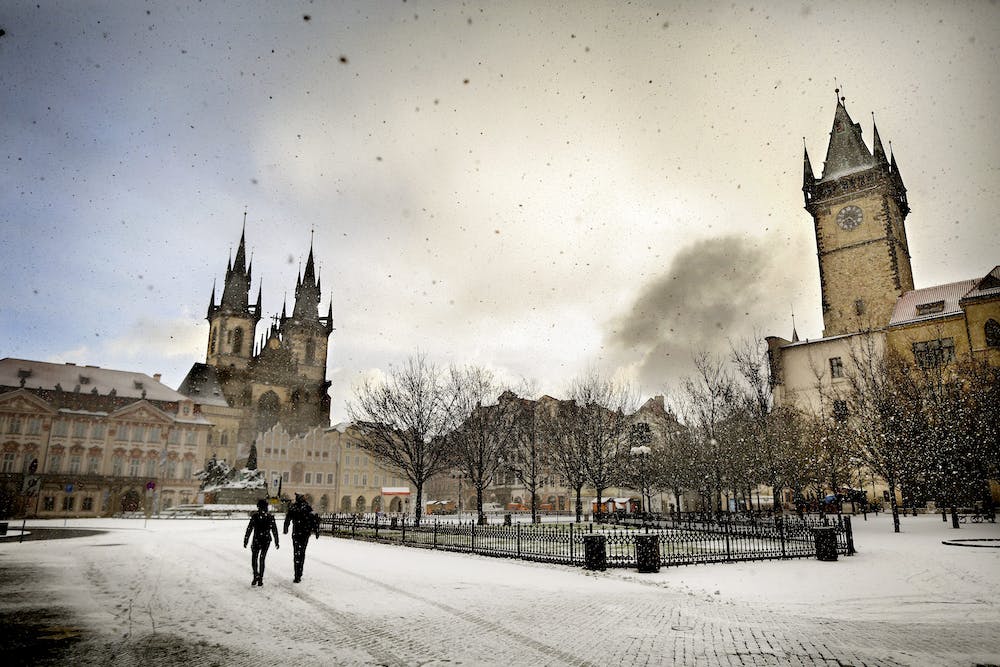 A winter trip to Prague? Are you sure? After all, how much mulled wine, mead, or grog can you really drink? (Confession: We can drink a lot.) But seriously, you don’t have to worry. Staying warm in Prague doesn’t have to consist of just boozing yourself up until you’re too numb to notice that your toes are actually numb. Instead, we have some ideal ways for you to raise the temperature, no matter whether it’s frosty, chilly, wet, or windy — and there’s only a moderate amount of alcohol involved.

Soak away the chill in a spa

Bath on a boat is one way to stay warm. Located on the boulevard along the Vltava River, is an area called Rašínovo nábřeží or Náplavka, just a few hundred meters from the National Theatre. In the spring and summer, it’s the most popular hangout spot in Prague, especially among younger locals. But in the winter months, the embankment is practically empty and totally peaceful. It’s here that you’ll find Lázně na lodi, a comfortable sauna that can seat up to 15 people at a time. As you sweat, you can admire Prague’s city center via the large windows, including the silhouette of Prague Castle in the setting sun. Cool off in the shower or, if you’re feeling adventurous, with a dunk in the river. 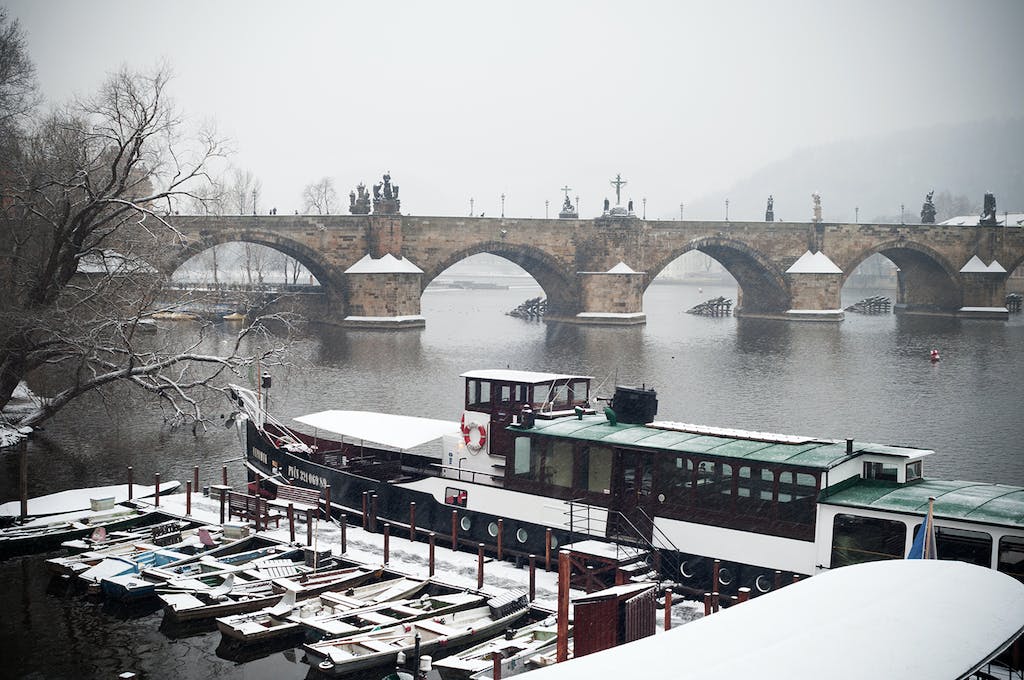 Also becoming more popular are beer spas in the city. Because what could be more enjoyable than soaking in a vat full of hot water? Only a bath in an oak tub of beer extracts, with a full glass of lager in-hand. The unlimited consumption of beer that you’re allowed in these spas may not be so healthy, but the baths apparently are, loaded with vitamin B and active enzymes. Plus, you then get to relax on a straw bed by a fireplace. I recommend Spa Beerland on Žitná street (with Krušovice beer), which is barely 400 meters away from Wenceslas Square, or Bernard Beer Spa (courtyard of Ungelt, Týn 10) with Bernard beer.

The locals in Prague love winter sports. Weekend ski trips have become a tradition, but even if you’re not heading out of town on a Friday night, there are plenty of opportunities for sporting in the city. For starters, there are several ice rinks — and some of them located in very interesting places. One of the most popular is the ice rink on Ovocný trh (a former fruit and vegetable market) between the Estates Theatre and the cubist House of Black Madonna. Another one worth mentioning is the ice rink Na Františku, near the gothic convent of Saint Agnes. Add a warming drink to your skate and you have the recipe for an enjoyable evening.

A bit further from the city center is excellent cross-country skiing. SkiPark Velká Chuchle is free and features a 300-meter long outdoor run, which gives everyone, from experienced skiers to kids, the opportunity to practice their skills. Equipment can be rented on-site. If you want to try your hand at curling, Prague Curling Arena Roztyly is the perfect place to start. You can just have fun with your friends or practice properly with trainers.

But the most beloved winter sport is definitely ice hockey. If you want to experience the thrilling atmosphere of a Czech hockey league game (Czech Extraliga), visit Stadion Eden on Vladivostocká street to watch the Slavia Praha team in action, or their biggest local opponents, the Sparta Praha (Tipsport Arena or O2 Arena). Maybe you’ll even witness the beginnings of a future NHL star. 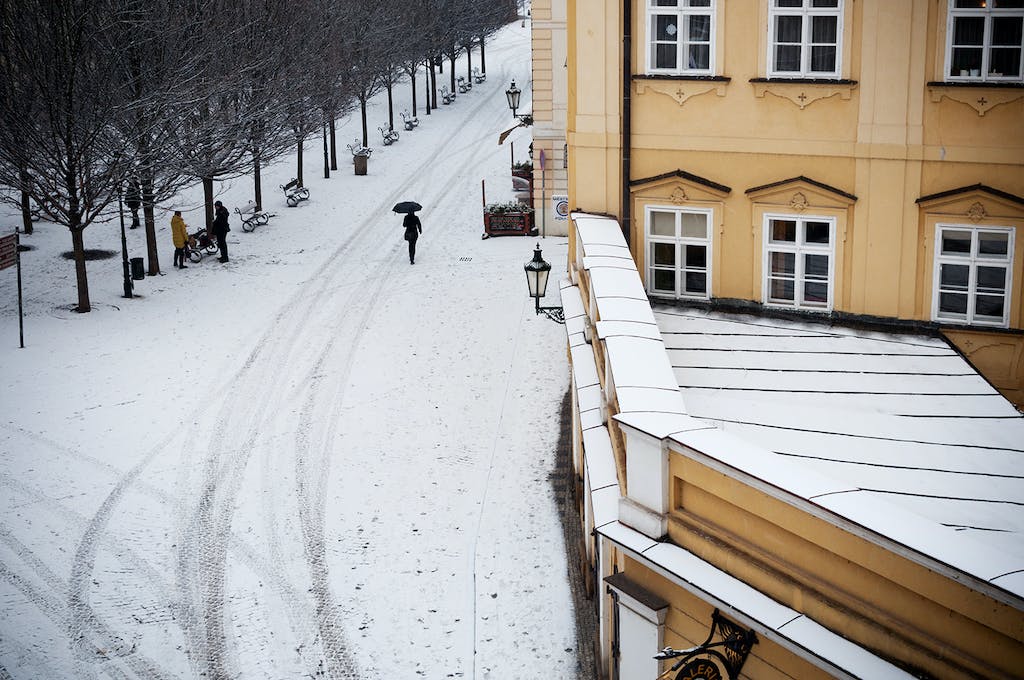 Ask any local what’s the most warming dish on a Czech menu, and they’ll probably answer onion or garlic soup: česnečka (the best, with cheese) or cibulačka. Of course, there are plenty of other warming recipes in our hearty Czech cuisine. Ask in places like U Pinkasů, U Rudolfina, U Šumavy, or our favorite Vinohradský microbreweries, Mincovna or Lokál. In the last place, they offer borscht (beetroot soup, which is a landmark of Eastern European cuisine).

If your palate is not to be satisfied with just traditional meals, you can lose yourself during the Grand Restaurant Festival — a real feast for foodies in Prague. “To give people a chance to taste high gastronomy at affordable prices during the calm months after Christmas,” is how founder Pavel Maurer describes the festival. He is also an author of Maurer’s Selection Grand Restaurant (a list of the best restaurants in the country), which is practically a bible for lovers of good gastronomy. Special menus will be prepared in places from the Maurer’s selection, not to mention specific food themes, special presentations, and other events. Don’t miss. From January 15 until the end of February.

From high-class experiences, you can also come back down to more accessible events. Masopust (carnival) is a special three-to-four-day celebration in Czech cities and villages. In February, Žižkovský masopust (or “Carnival on Žižkov,” the legendary district downtown on the right bank of Vltava river) is definitely worth visiting. Expect a traditional procession of residents wearing masks and costumes, accompanied by actors, jugglers, and stilt walkers. Lots of fun, with good food and obviously alcohol (it’s before Lent). 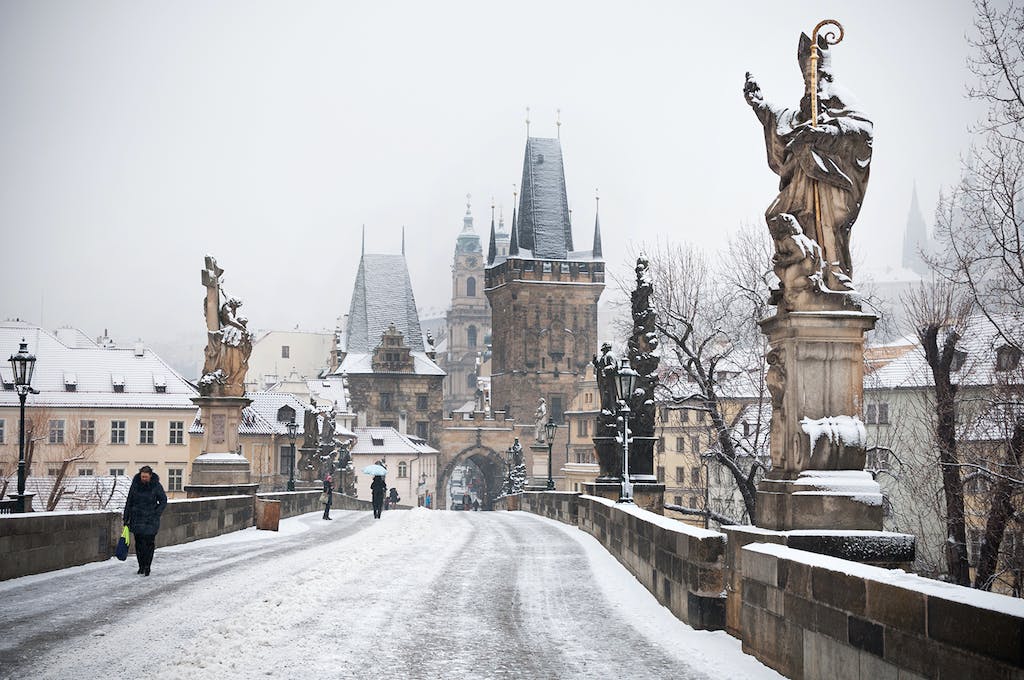 Warm up with the arts

Introverts, shy travellers, and lovers of film will find shelter in Prague’s cinemas. The beginning of the year is usually a hot period of indie film festivals, from the Iranian Film Festival to a retrospective of fresh Scandinavian cinema. Under the roof of galleries and museums, you will definitely warm up from the winter’s chill. Check out rotating exhibits on Czech thinkers, artists, photographers, and more at art spots like the Leica Gallery, or the newly reopened National Museum.

Another way to warm up in Prague during the winter? At the Christmas markets! Hop on our Merry Markets pop-up tour to get all the local secrets like what snacks to eat, what souvenirs to buy, and which vendor has the best mulled wine. 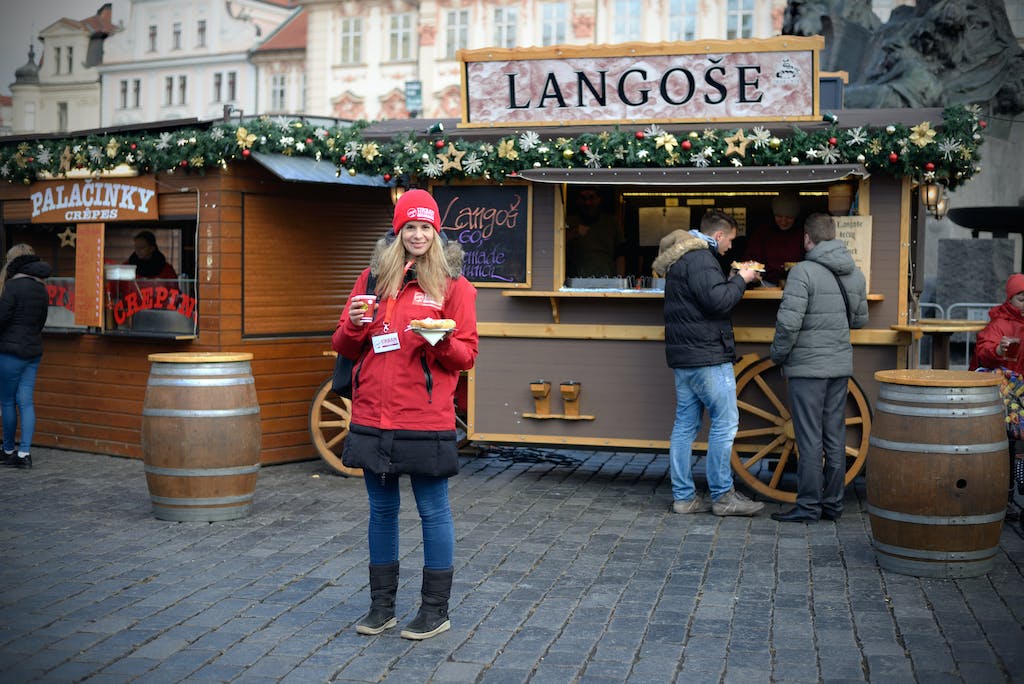