A local’s guide to Josefov, Prague 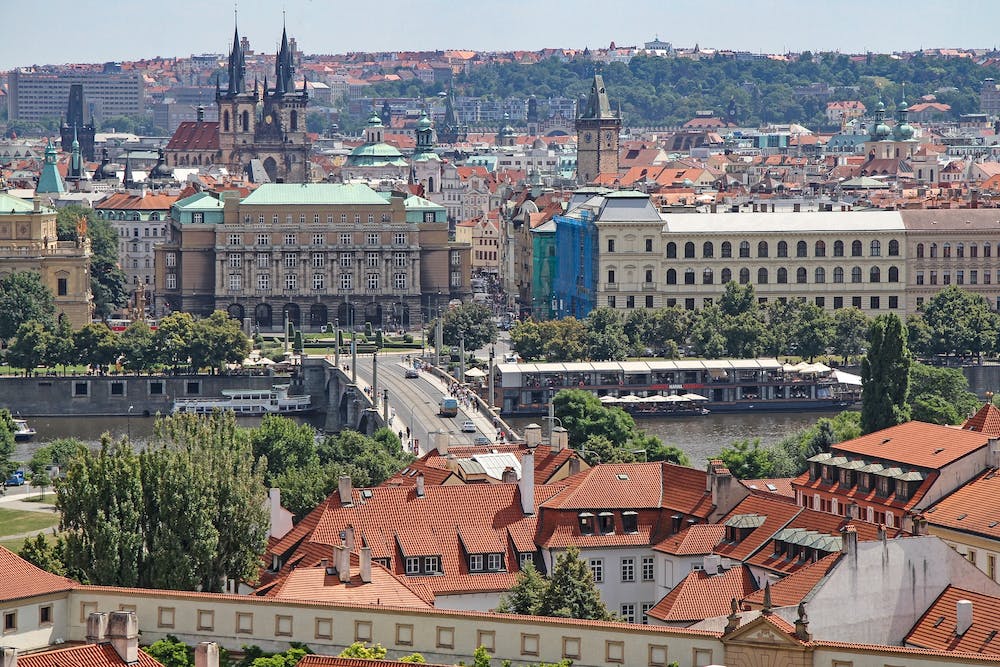 For centuries, the area just north of the Old Town Square was the home of Prague’s Jewish population. Nowadays, the Josefov neighbourhood is one of the city’s most bustling districts, full of bars, restaurants, and history.

The first Jewish people came to Prague in the 10th century. Already in 1096, the first pogroms took place, which were violent acts against the Jewish population. In 1215, the ghetto was established, meaning that the Jewish people were only allowed to live in that certain area. The living conditions were quite bad, without sewers and no space to expand, even though the population did increase over the years. Rooms were built on top of houses for expanding families and many of the inhabitants felt unsafe in their own neighbourhood. Anti-Semitism isn’t just a product of the Second World War, it has been around for centuries and the Jewish people in Prague were regularly victims of threats or violence. 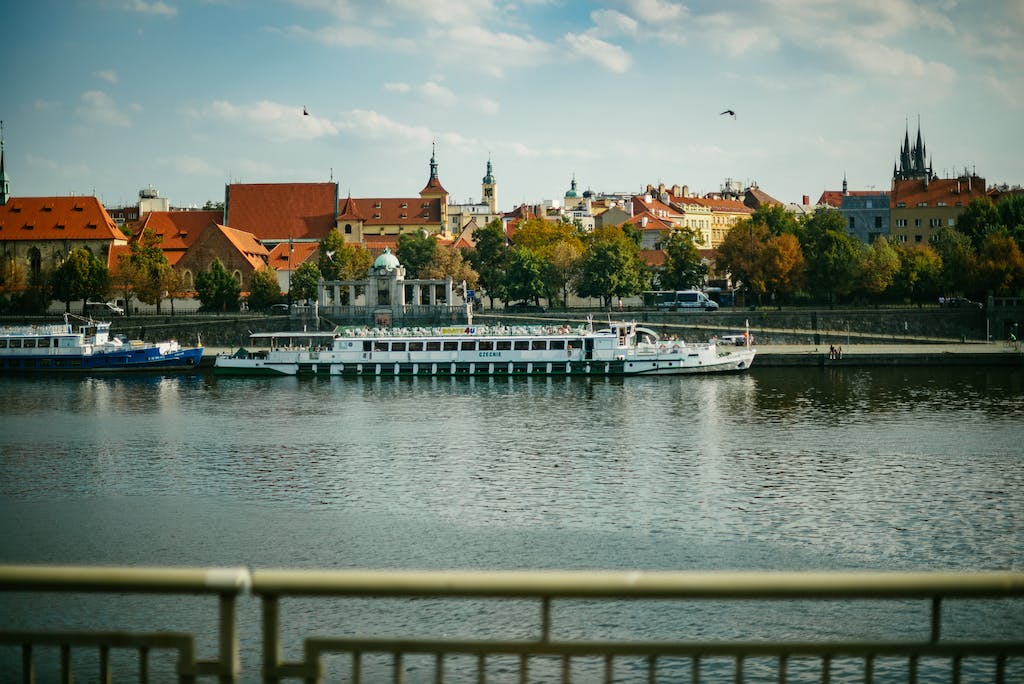 Times changed in 1781, when Emperor Joseph II released a patent of tolerance, recognizing non-Catholics in the Holy Roman Empire. After a remodelling of the neighbourhood in the late 1800s with beautiful art deco style houses, it is hard to imagine the horrible living conditions of the previous ages.

What to do in Josefov?

When the Jewish ghetto was demolished, several buildings survived. Most of them now form the Jewish museum, with different exhibitions in each building. In many parts of Europe, the Nazis destroyed Jewish property during World War II, but in Prague, they had the cruel idea to create a museum of an extinct race. Therefore, they kept and documented all the belongings they seized, which now allows us to review the development of the Jewish culture over the centuries. The collections are spread out over the Maisel Synagogue, Pinkas Synagogue, Klausen Synagogue, and the Spanish Synagogue. The Jewish cemetery is also accessible with your museum ticket. 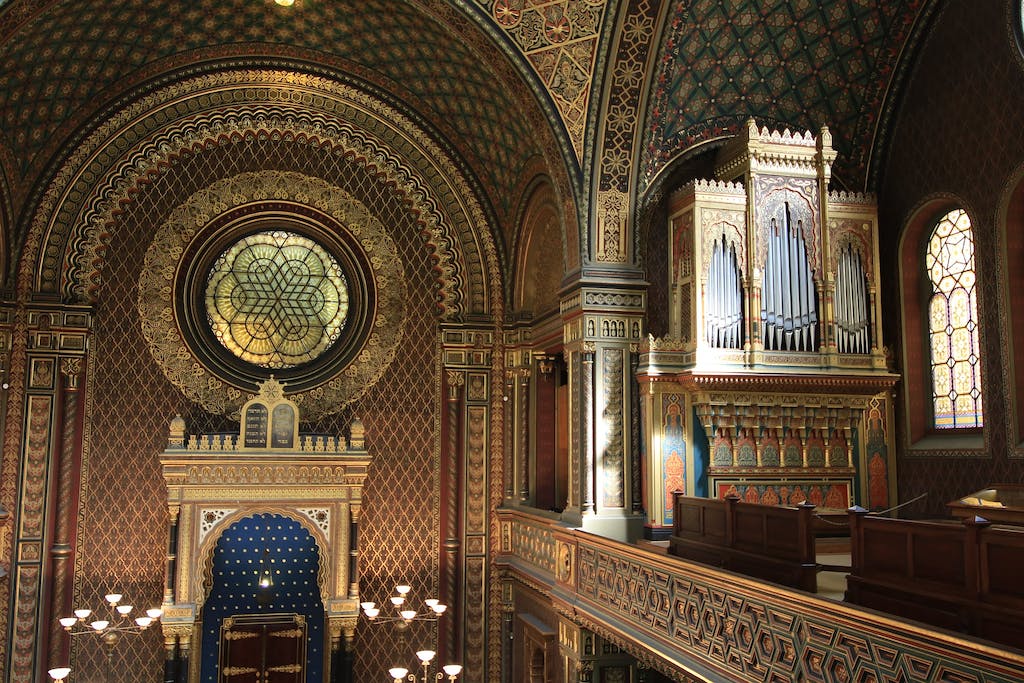 The ticket and information office of the museum is located on Maiselova 15, Prague 1.

Agnes was a Bohemian princess, who at an early age became a pawn in several political games. When she was only eight years old, she was betrothed to the King of Germany (who was ten years old at the time, so it was only partially disturbing), but after 6 years of engagement the wedding was called off and several monarchs fought over Agnes’ hand. Agnes then decided she didn’t want to have any kind of politically arranged marriage and devoted her life to the church. She founded a hospital and a monastery, and the monastery can still be visited in the Josefov district. The monastery houses part of the National Gallery but is also worth visiting for the building itself, being the city’s oldest surviving example of Gothic architecture. 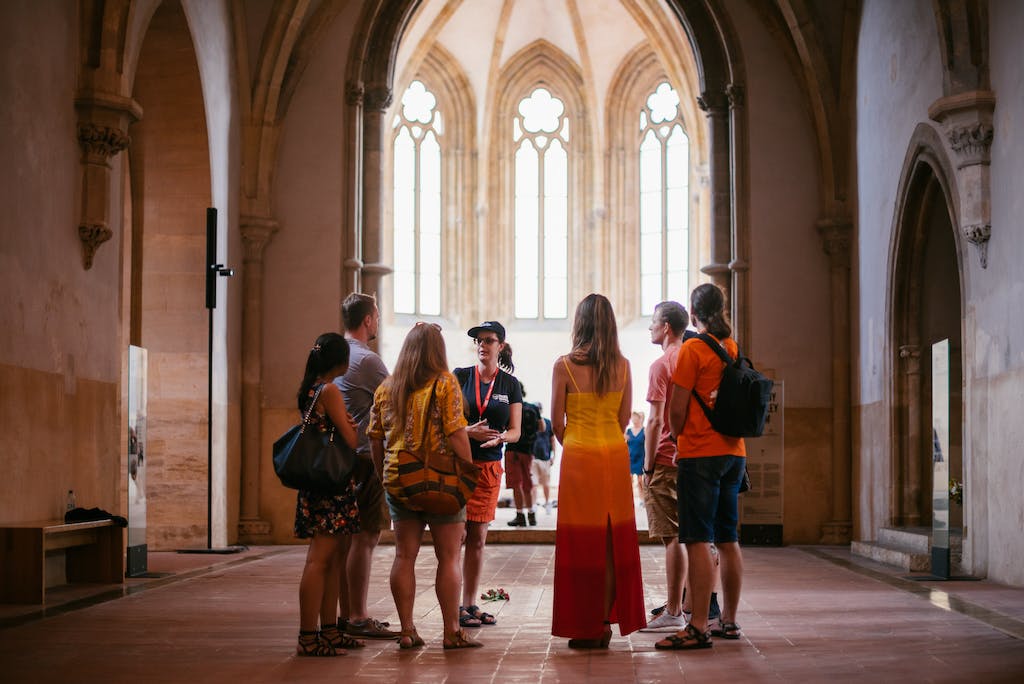 You can read more about the convent of Saint Agnes in this article, or you can visit the monastery with us on our New York Times Tour of Prague’s architecture.

The Josefov area is full of great restaurants. On Haštalské Náměstí, you can find restaurant Speciál with delicious home-brewed beers and traditional Czech food. A few doors down is La Degustation Boheme Bourgeoise, a Michelin star restaurant that prepares traditional Czech dishes as little tasters. You will enjoy seven courses, all followed by an amuse bouche, so this is not the location for a hurried meal. If you have fewer Czech korunas to spend, just cross the street and step into the beerhall of Lokál. Sit down, have a (few) beer(s), and enjoy an affordable meal that is prepared of fresh ingredients, based on the communist times.

If you would just like to get a quick bite to eat, step into the food passage that runs between Dlouhá and Haštalská. This is the home of many smaller eateries with lots of takeaway options. Naše maso is a famous butcher offering organic meats. Bistro Sisters has a daily made fresh soup with chlebíčky – traditional Czech open-face sandwiches. There is also a vegan and raw café, sushi bar, Vietnamese and Italian restaurants, and if you need to still your hunger for sweets, don’t forget to stop by at Cukrář Skála for a dessert. 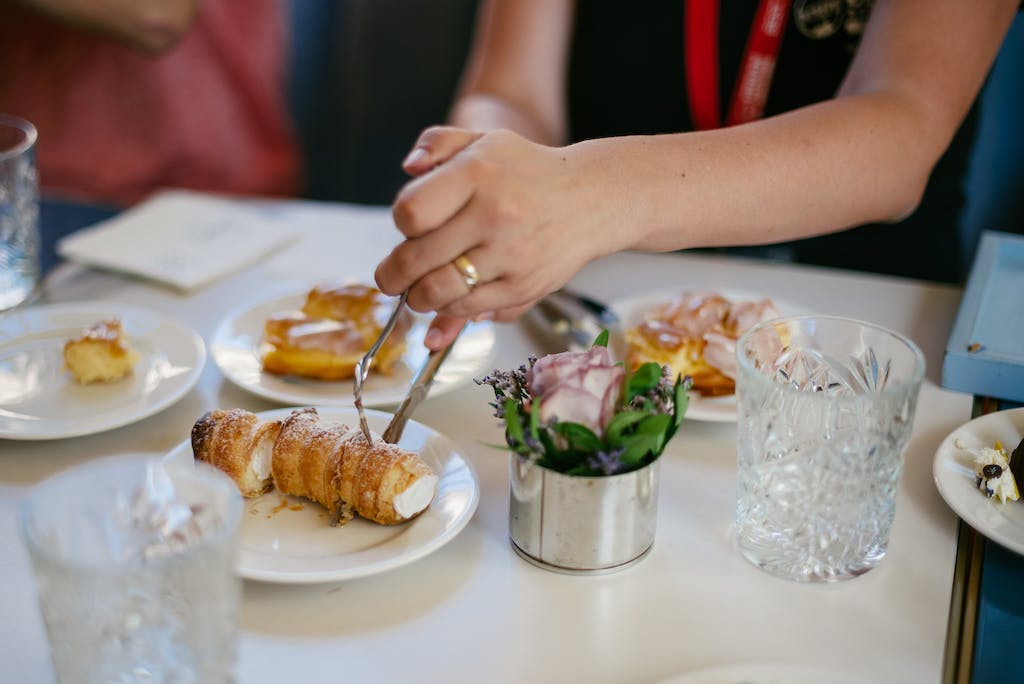 If you miss cooking during your travels, give your inner cook a go at Katr Restaurant on Vězeňská (a la carte menus also available), or wander a bit further down the street and try V Kolkovně in front of the Spanish Synagogue for some traditional Czech hearty cuisine.

For travellers on a budget, restaurant Baterka situated in one of the city’s Cubist buildings is probably the best option. Their menu offers a wide range of dishes, from traditional Czech svíčková to burgers and salads, for a fairly low price.

After a long day of exploring the incredible history of this neighbourhood, you might want to give your feet a rest. The Spanish Synagogue is not just a religious building, it also offers regular concerts. Book a ticket, sit back, relax, and enjoy the music in this beautiful building.

If you feel energized (or thirsty) after a nice dinner, there are plenty of options for you as well. ROXY Prague, one of the city’s most famous clubs, is located in Josefov. So if you are looking for a spot to dance the night away, look no further. Besides that, there are tons of cocktail bars and pubs around. 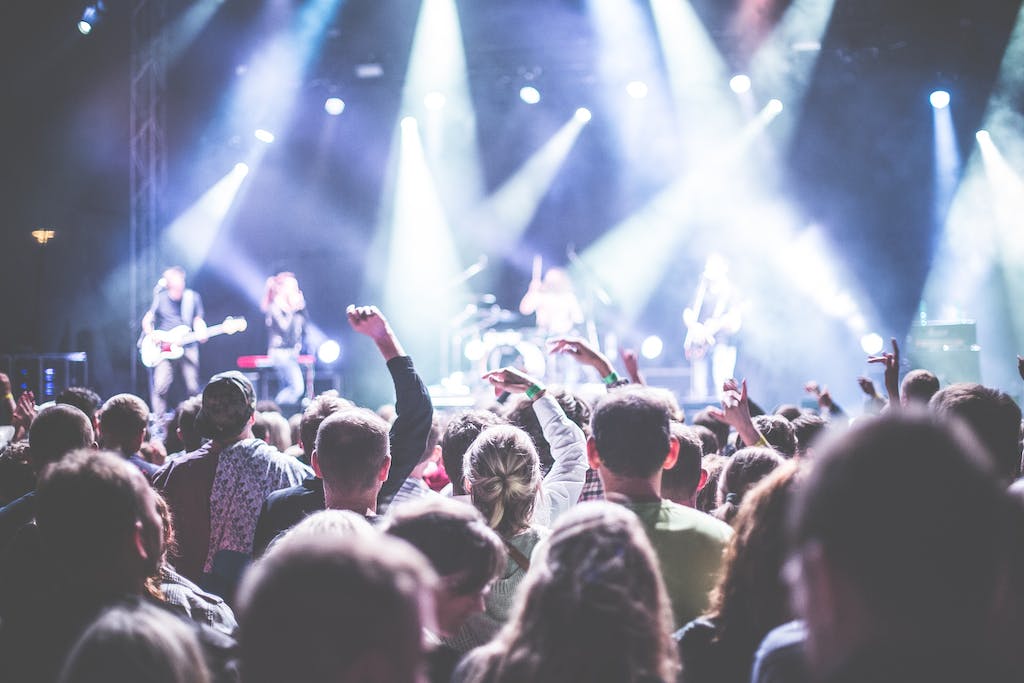 Josefov has something to offer to everyone. Have you explored this neighborhood yet?