The Best Films Shot in Prague You Should See Before Visiting 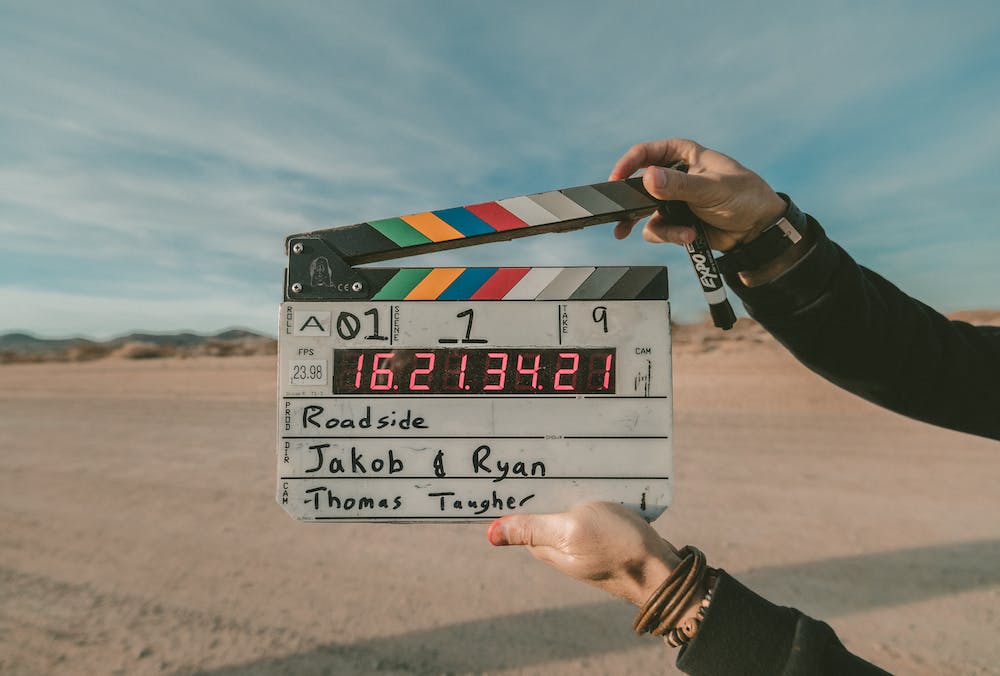 Even if you’ve never been to Prague before, the chances are that you’ve already seen it on film without realising it. After the fall of the Iron Curtain directors swarmed the Czech Republic due to the low filming costs and stayed for the all the variety and beauty this place has to offer. And it is endless: from Prague’s stunning architecture, the narrow alleys and majestic bridges, to its picturesque landscape; all in all, it is an ideal shooting location. What is more, because it is located in the very centre of Europe, it is a real melting pot of European styles and influences. No wonder it has also stood in for Vienna, Paris, Dresden, Budapest, Moscow, London…you name it. Here is a list of the best films shot in Prague you should definitely watch before visiting.

Czech born director Miloš Forman’s Amadeus is one of the most critically acclaimed films ever shot in Prague. It is a fictional biography of Wolfgang Amadeus Mozart set in an 18th century Vienna. The story revolves around the rivalry between Mozart and the Italian composer Antonio Salieri at the Habsburg court. Besides the wonderful music, the film’s is a true aesthetic masterpiece as well. Even though Mozart spent his life in Vienna, Forman decided to use his native Prague instead. Of course, having an American studio on the wrong side of the Iron Curtain caused many complications. For example, the introductory scene of the film is set in Prague’s Invalidovna building, which was a dormitory for war invalids then used as the headquarters of the Czech State Security (the Communist secret police force). Besides being closely watched, Forman managed to finish the film which would bring him no less than 8 oscars. The most notable set locations are the Old Town Square and the Estates Theatre, where Mozart’s performances take place.

Actually, Mozart did have a very close connection to Prague. The world premiere of his opera Don Giovanni took place in no other than the Estates Theatre in 1787. If you are keen on classical music, or just want to tune into the historical atmosphere of the city, pay a visit to the Estates Theatre, where you can attend a performance of Don Giovanni in its original setting. 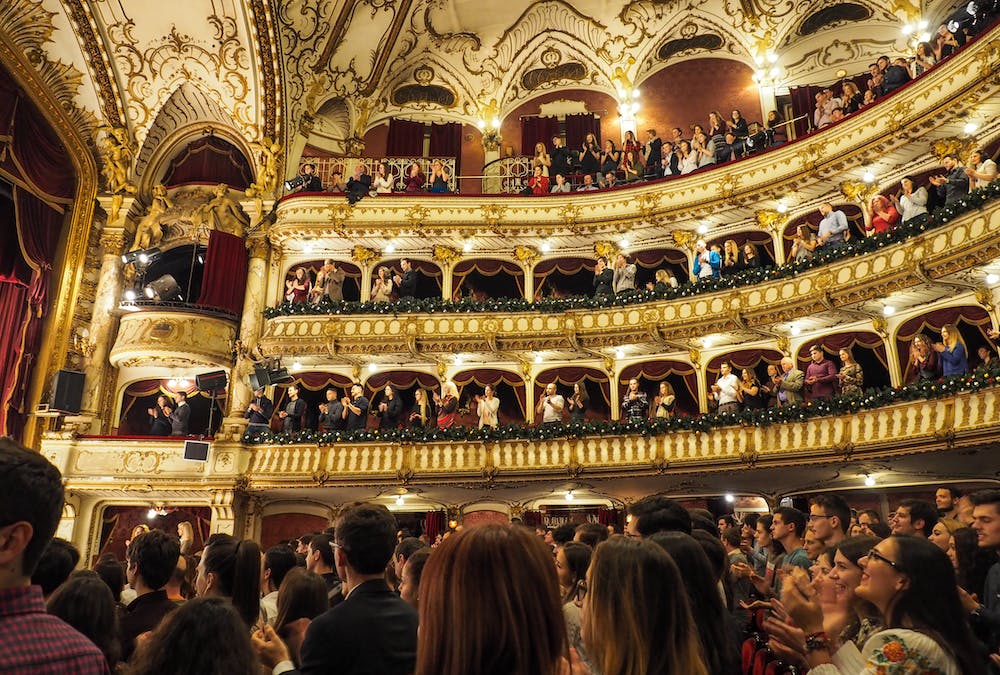 In the first of the series of action spy movies Mission: Impossible, we see Tom Cruise as a spy on a botched mission in Prague, running for his life all over town. In fact, it is one of the few films where Prague is not standing in for some other city. Here, the National Museum is turned into the American Embassy and the Old Town Square gets completely flooded after a huge aquarium explosion.

Probably the most famous scene though is the one where Tom Cruise jumps from Charles Bridge in the middle of the night. Needless to say, you won’t find Charles Bridge so empty these days, but if you go just before dawn, your chances are high, and also you are bound to experience an epic sunrise! 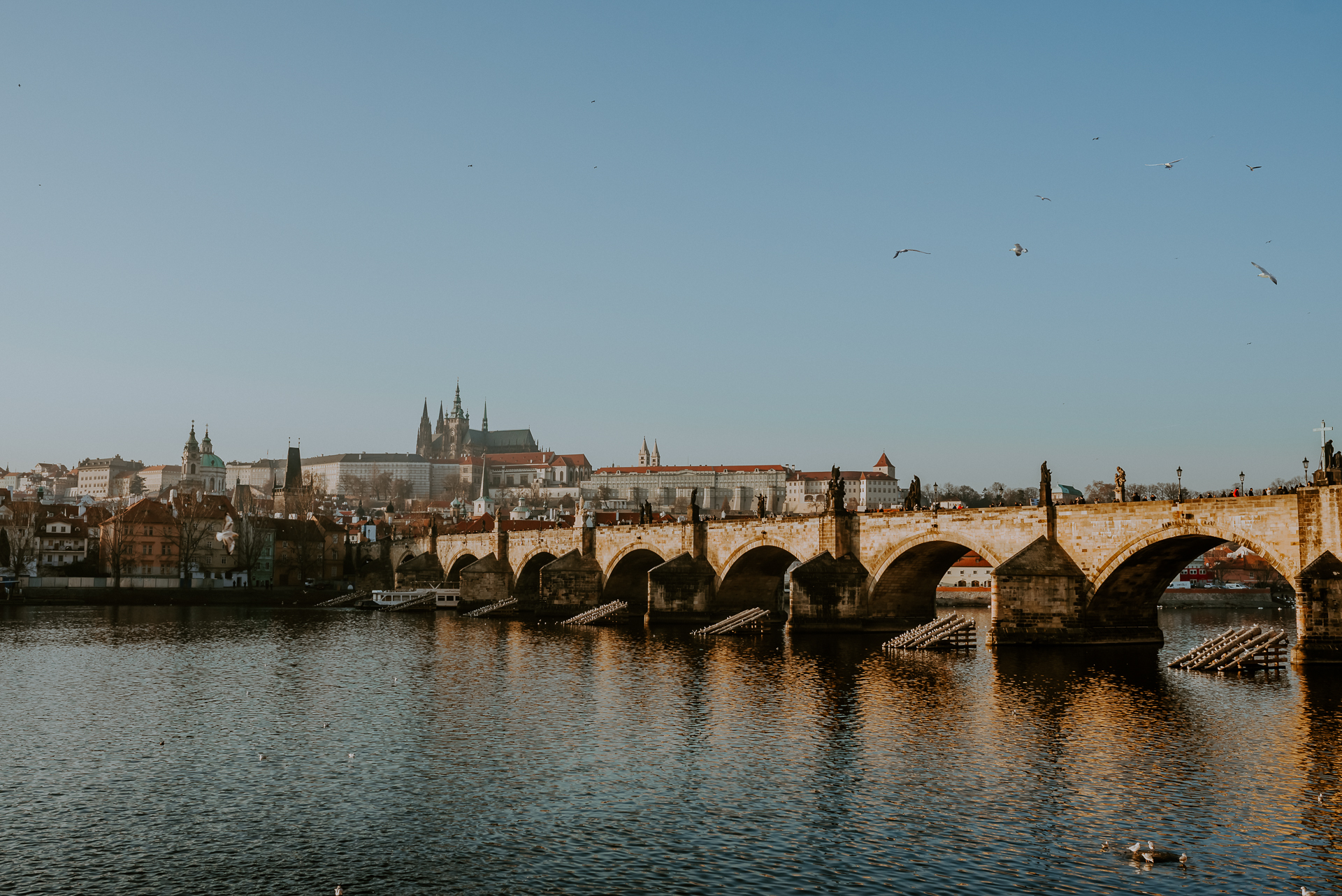 Casino Royale is the first of the James Bond series featuring Daniel Craig as the charismatic agent 007. The story takes us back to Bond’s very beginnings as a secret agent, while he is trying to earn his licence to kill.

The film was shot in various locations, such as the Bahamas, Italy and the UK, but the major part took place in the Czech Republic. For example, the Václav Havel Airport filled in for a chase scene at Miami International, the Strahov Monastery became the UK’s House of Commons, and the Czech National Museum was turned into the majestic Grand Hotel Venice. Also, the picturesque Czech north-western towns of Karlový Vary and Loket stood in for Montenegro, but palm trees had to be brought to make it look mediterranean. 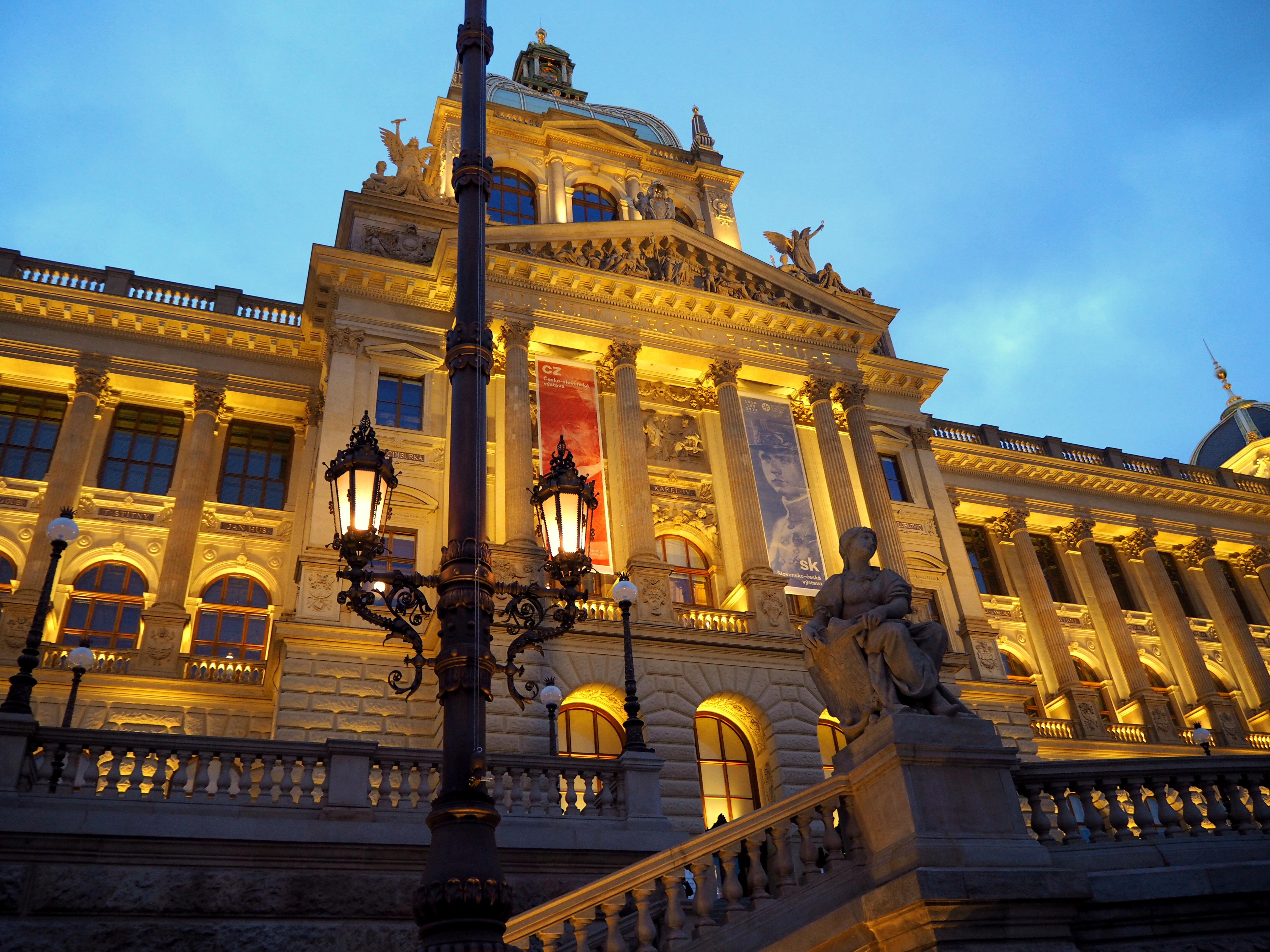 Bille August’s 1998 film adaptation of Victor Hugo’s classic is  by far one of the best screen renderings of the book. With Prague as a background for 19th century Paris and star cast made of Liam Neeson, Geoffrey Rush, Uma Thurman, and Claire Danes, what can go wrong? 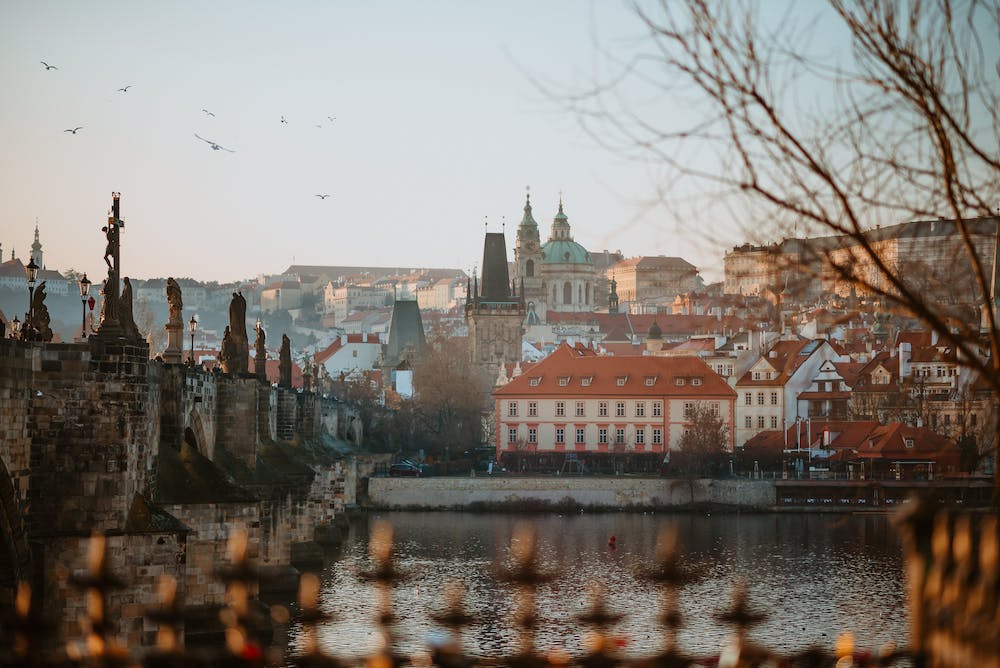 If you want to find out more about Czech World War II history, watch Anthropoid. It is a 2016 epic war film directed by Sean Ellis. As a Czech-British-French co-production, it stars both British and Czech actors such as Cillian Murphy, Jamie Dornan, and Anna Geislerová.

It follows the story of Operation Anthropoid, which was the code name for the assassination of Reinhard Heydrich by Czechoslovak soldiers. Heydrich was one of Hitler’s closest collaborators, which made him one of the most powerful men in Nazi Germany. He was in charge of the Protectorate of Bohemia and Moravia, and he was named the Butcher of Prague for his brutal efficiency. Watch it to find out more about these dark times and the resistance Czech people showed to the Nazi rule.

With a rather different take on World War II than Anthropoid, George Roy Hill’s adaptation of the classic science fiction novel is excellent in its own right. The novel follows the life of a writer who tells a story about his experiences as an American soldier in World War II Dresden and being abducted by aliens. The protagonist Billy Pilgrim (played by Michael Sacks) experiences the events of his life in random order and this is masterfully presented in the film. The severely bombed Dresden was replaced by Prague as Dresden was so destroyed in World War II that it lost its entire historic city centre.

In Neil Burger’s 2006 romantic mystery Prague stands as substitute for 19th century Vienna. The untouched architecture of Prague perfectly renders the mysterious atmosphere of the film.

The story revolves around the Illusionist Eisenheim (Edward Norton), who reunites with his childhood love (Jessica Biel). The Prague Castle and Divadlo na Vinohradech feature a lot in the film. Also, it takes us to the beautiful Czech countryside showcasing the medieval town of Tábor and the fairytale-like town of Český Krumlov. 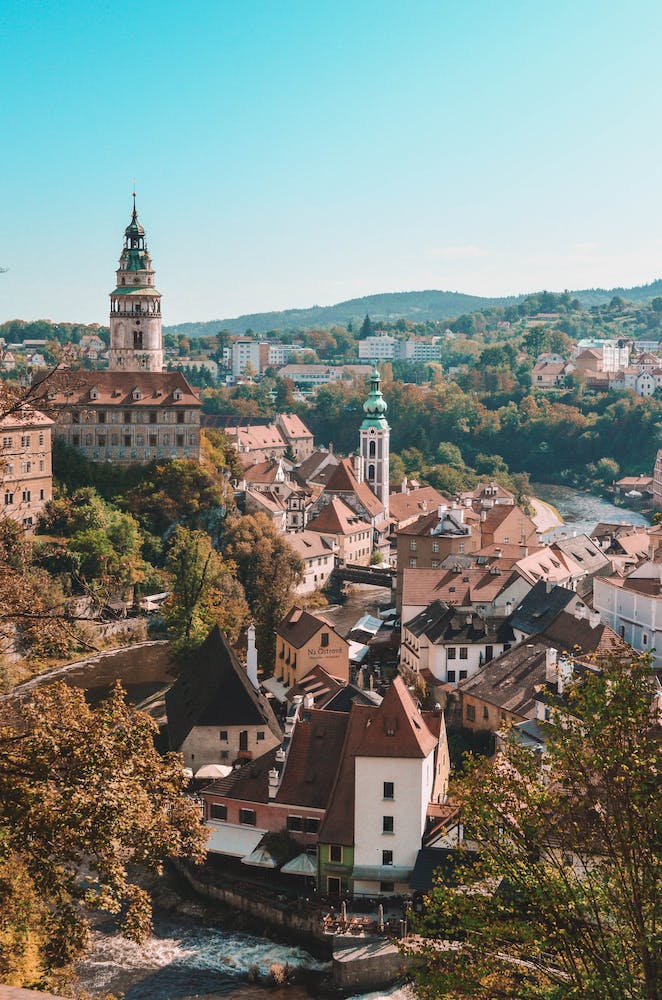 This is just a short list of the best films shot here, but Prague is so beautiful that the directors keep coming back.

TIP: After watching  some of these films, try to trace some of the locations in Prague during your visit. If you want to find out more, take our Prague Discovery or New York Times Journeys – Story of Prague: Remarkable Architecture & Food, our local tour guides will be happy to show you all the locations mentioned here while pampering you with delicious food and great drinks on the way!